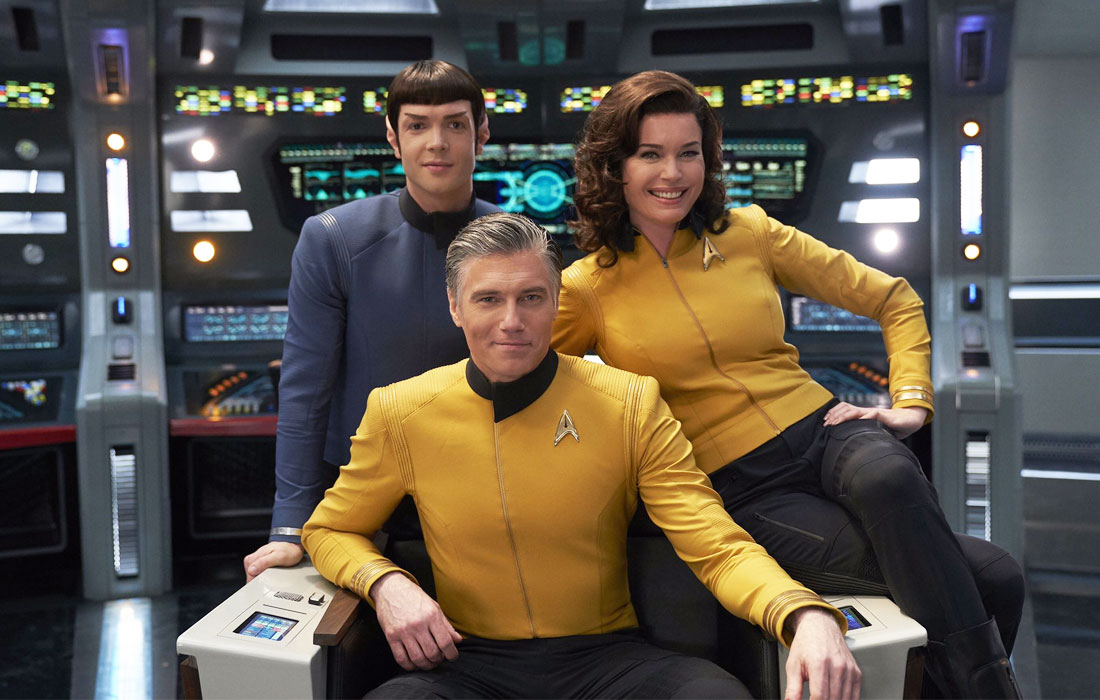 May Picks: The Movies and TV You Can't Miss2 of 22
"Star Trek: Strange New Worlds" | Series Premieres on Paramount Plus on Thursday, May 5, 2022

Plot: A prequel to "Star Trek: The Original Series," the show will follow the crew of the USS Enterprise under Captain Christopher Pike.

Our Take: "Strange New Worlds" fits into both the prequel ("Star Trek: The Original Series") and spin-off ("Star Trek: Discovery") categories and it's one we’ve been looking forward to since the latest incarnation of Captain Pike, Spock, and Number One were introduced in Season 2 of "Discovery." This series also looks to be adopting the "planet-of-the-week" storytelling style of earlier "Star Trek" series and we’re excited for the return to the episodic approach. — Vanessa
PeopleRebecca Romijn, Anson Mount, Ethan Peck
TitlesStar Trek: Strange New Worlds, Episode #2.3
© 2019 CBS All Access