Look ahead to the TV shows still set to premiere in the rest of 2020, including "Selena: The Series" and "The Stand."

3rd KAFF
a list of 44 titles
created 4 months ago

Search for "Highlander II: The Quickening" on Amazon.com 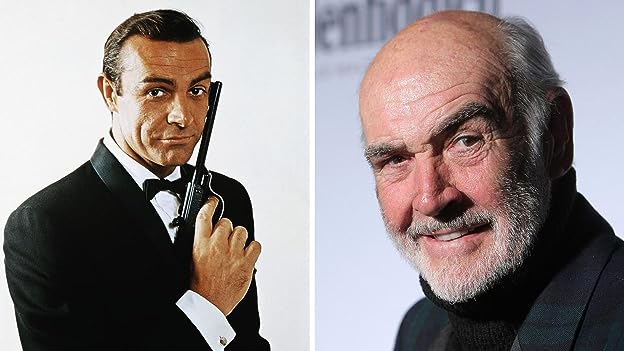 Look back on the career of silver screen legend and Oscar winner, Sean Connery.

The second "Highlander" movie, again with Christopher Lambert and Sir Sean Connery. It's the year 2024, and all of the ozone above Earth is gone. To protect people from dying, MacLeod helped in the construction of a giant "shield", several years ago. But, since there isn't anyone left who's Immortal after MacLeod's victory in the previous movie, he has stopped being an Immortal. Now he is just an old man, until one day some other Immortals arrive on our planet. You see, the Immortals come from another planet. Written by Chris Makrozahopoulos <makzax@hotmail.com>

Rated R for strong violence, and some sexuality and language | See all certifications »

According to Russell Mulcahy at the time of filming, "Buenos Aires has the futurist and apocalyptic style I want to show." See more »

Towards the end, when Louise and MacLeod get out of the truck to climb the mountain, she is wearing different clothes than when they fought Katana. See more »

[Last lines]
Ramirez: Remember, Highlander, you've both still got your full measure of life. Use it well, and your future will be glorious.
See more »

The look of the Colon Opera House appears due to the strict requirements of Highlander II and does not represent the normal look of the Opera House. See more »

A third version of Highlander II exists. The British theatrical version contains some of the footage later used in the "Renegade Version" and follows the sequence of events from the US theatrical release. It also contains footage and dialogue not seen in either of the other versions. Noteworthy differences include additional footage of the rebels fighting Katana's soldiers with machine guns, and Connor leaving Earth with Louise for Zeist at the end of the film. This version was only available in the form of bootleg video tapes and television broadcasts. See more »

Referenced in Nostalgia Critic: Rise of the Commercials (2014) See more »

if you were to see part 2 and not the Original, it would be ok, cuz it would make sense in its own way. H1 and H2 are effectively unrelated films. But Highlander was quite an original story. H2, unfortunately, is a bit goofy and out of sync. Quite laughable in its own way.

If you want a good laugh, check it out. It's high cheese. If you're a Highlander purist, it DOESN'T EXIST. The intention was probably good, trying to show the aftermath of McCloud's mistakes after winning the original "tournament", but the premise is ruined by Planet Zeist, and Michael Ironside is just rehashing the Kurgen. He's a bit funnier in the villain role, but it doesn't save the movie from being silly

Q: Is Connor made Immortal again in this movie? If so, how?
Q: How many cuts of this movie are there?
Q: Why are Louise and her terrorists trying to dismantle the shield?
See more »
Edit