Everything New on Disney+ in May

Disney+ is bringing some exciting new movies and series to their catalog of classics! Check out what's streaming this month.

Search for "Chungking Express" on Amazon.com

Here's Your Streaming Passport to China 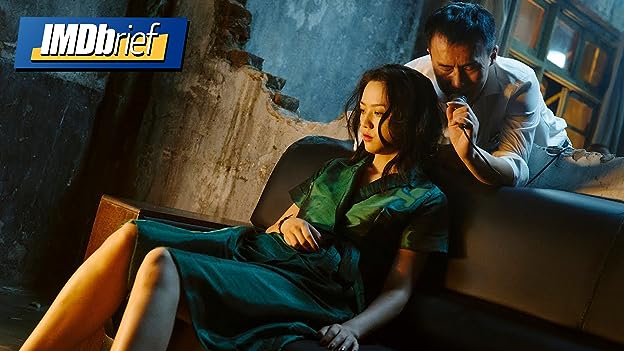 China has been churning out a myriad of cinematic treasures that belong on your Watchlist, so on this IMDbrief, we present a Streaming Passport to just a few of our favorites from and about China.

This Hong Kong-set crime drama follows the lives of a hitman, hoping to get out of the business, and his elusive female partner.

Two neighbors, a woman and a man, form a strong bond after both suspect extramarital activities of their spouses. However, they agree to keep their bond platonic so as not to commit similar wrongs.

A couple take a trip to Argentina but both men find their lives drifting apart in opposite directions.

Several women enter a science fiction author's life over the course of a few years, after the author has lost the woman he considers his one true love.

A man tries to find out who his real mother is after the woman who raised him tells him the truth.

A broken-hearted hit man moves to the desert where he finds skilled swordsmen to carry out his contract killings.

Mid-level gangster Wah falls in love with his beautiful cousin, but must also continue to protect his volatile partner-in-crime and friend, Fly.

After separating from his wife, a depressed alcoholic moves his unemployed brother in to help take care of his kids.

Travis Henderson, an aimless drifter who has been missing for four years, wanders out of the desert and must reconnect with society, himself, his life, and his family.

The story of martial-arts master Ip Man, the man who trained Bruce Lee.

Each member of a middle class Taipei family seeks to reconcile past and present relationships within their daily lives.

A young lonely woman takes a soul-searching journey across America to resolve her questions about love while encountering a series of offbeat characters along the way.

Wong Kar-Wai's movie about two love-struck cops is filmed in impressionistic splashes of motion and color. The first half deals with Cop 223, who has broken up with his girlfriend of five years. He purchases a tin of pineapples with an expiration date of May 1 each day for a month. By the end of that time, he feels that he will either be rejoined with his love or that it too will have expired forever. The second half shows Cop 663 dealing with his breakup with his flight attendant girlfriend. He talks to his apartment furnishings until he meets a new girl at a local lunch counter. Written by Tad Dibbern <DIBBERN_D@a1.mscf.upenn.edu>

Rated PG-13 for some violence, sexuality and drug content | See all certifications »

Ranked number 56 non-English-speaking film in the critics' poll conducted by the BBC in 2018. See more »

The woman in the blonde wig had no apparent opportunity to get the beeper number except from Cop 223 himself the night before, and he wouldn't have started to abandon his beeper as useless if he had just given someone new the number. See more »

He Zhiwu, Cop 223: At the high point of our intimacy, we were just 0.01cm from each other. I knew nothing about her. Six hours later, she fell in love with another man.
See more »

Every day we interact with people. Within the course of 24 hours we can influence someone's life (for better or worse) so deeply that they will never forget us. Is it possible that the next person you fall in love with could be a notorious heroin smuggler or the counter girl at the express luncheonette counter? Wong Kar-Wai, the writer/director of Chungking Express seems to think so. The film is broken into two tales. The first story is mainly about the sadder side of love. Love comes and brings us light and joy, but it also goes and leaves us feeling empty and needing fulfillment. The two main characters in this half of the film, a police officer played dolefully by Takeshi Kaneshiro, and a heroin smuggler played icily by Bridgitte Lin, interact for only ten percent of the story, but their meeting leaves them both with memories that will last life time. The story ends on a high note that shows us that a simple act of kindness can bring the most unreceptive people to appreciate the beauty hidden in life. The second (and far stronger) story centers around two people and their interaction at a fast food counter in the Kwaloon section of Hong Kong. Tony Leung plays the part of a rejected lover perfectly and gives of the air of being sad without ever really being pathetic. Faye Wang's quirky portrayal of the free-spirited counter girl who helps Leung forget about his ex-girlfriend, is exactly what the film needed to counter-balance its darker first half. These characters and their bizarre relationship illustrates that love can manifest itself in any number of ways, many of them unconventional. The mechanism that allows these seemingly disjointed stories together is the camera work. Wong Kar-Wai uses a decidedly unique filming technique for much of the first half of the film; a blurry hand-held technique (think Blaire Witch on drugs) used during the chase scenes. The recurring style in the second half is a time-lapse type shot with people around the main subjects moving very fast and the subjects themselves moving in slow motion (a really cool effect). The camera styles add a common surreal element to each of the stories, while still keeping them somewhat independent. Perhaps the most striking element of the film is the interconnectedness of the characters and situations. There are many establishing shots showing characters inhabiting the same places at different times, and even the same places at the same times without noticing each other. This style of filming can alter the viewer's perception of reality, daring us to believe that we are all extras in somebody else's movie.

A League of Their Own
Airplane!
The NeverEnding Story
Little Women
Midnight in Paris