Never Have I Ever

After unwelcome news sparks a fight with her mother, Devi seeks an escape. Mohan's birthday brings an opportunity for closure - and for new beginnings.

...been the loneliest boy in the world

With absentee parents, a shallow girlfriend and no one to hang out with, Ben Gross is lonelier than ever, until an unlikely invitation offers some hope.

...had to be on my best behavior

Flashbacks unearth painful memories and resentment for Devi. Meanwhile, Kamala is forced to get honest as the family welcomes her suitor at home.

What Happened at Comic-Con This Year?

On this IMDbrief, we break down our favorite panels and surprises from July 2020's Comic-Con@Home.

Keep up with all the biggest announcements and updates with IMDb's breaking news roundup of Comic-Con@Home 2020.

Get the Latest News

TV Tracker: Renewed and Canceled Shows
a list of 65 images
updated 1 day ago

Séries Novas
a list of 26 titles
created 2 weeks ago

Queer media
a list of 31 titles
created 1 day ago

izleniyor...
a list of 49 titles
created 4 months ago
See all related lists »

How many episodes of Never Have I Ever have you seen?

Search for "Never Have I Ever" on Amazon.com

"Never Have I Ever" Star's Favorite Movie Jock 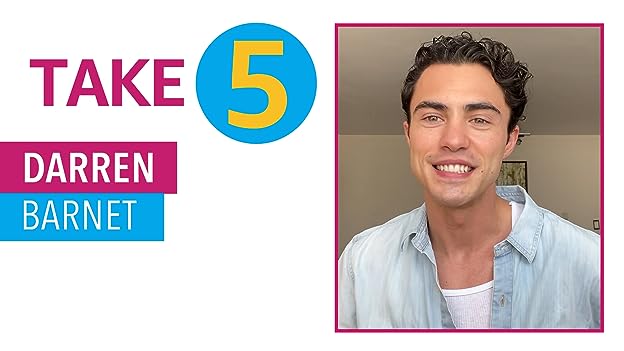 Darren Barnet, the star of Mindy Kaling's new Netflix series "Never Have I Ever," had his mind blown by this fave film.

Sydney is a teenage girl navigating the trials and tribulations of high school while dealing with the complexities of her family, her budding sexuality, and mysterious superpowers just beginning to awaken deep within her.

Sam, an 18-year-old on the autism spectrum, decides it's time to find a girlfriend, a journey that sets Sam's mom on her own life-changing path as her son seeks more independence.

James is 17 and is pretty sure he is a psychopath. Alyssa, also 17, is the cool and moody new girl at school. The pair make a connection and she persuades him to embark on a road trip in search of her real father.

Lara Jean and Peter have just taken their relationship from pretend to officially official when another recipient of one of her old love letters enters the picture.

A coming-of-age story about four bright, street-savvy friends navigating their way through high school in the gritty inner city of South Central Los Angeles. Dealing with the danger of getting their friend out of a gang and friends turning into romance, danger is constant.

A teenage girl's secret love letters are exposed and wreak havoc on her love life.

A group of teenagers from the wrong side of the tracks stumble upon a treasure map that unearths a long buried secret.

When everyone else mysteriously vanishes from their wealthy town, the teen residents of West Ham must forge their own society to survive.

When smart but cash-strapped teen Ellie Chu agrees to write a love letter for a jock, she doesn't expect to become his friend - or fall for his crush.

When three working-class teenagers begin attending an exclusive private school in Spain, the clash between them and the wealthy students leads to murder.

During an April 2020 interview with Terry Gross on the National Public Radio program "Fresh Air," Mindy Kaling said that the element of the series's plot in which Devi develops temporary paralysis in response to her shock and grief over her father's death was a true story from the real life of the brother of the show's co-creator, Lang Fisher. "When we were talking about the series--there are so many teenage series . . . about love and sex and all of that--and we were both really interested, because we had parents that died unexpectedly, in talking about grief and how grief manifests itself. And [Lang's] brother, after her parents got divorced, had about four months when his legs were paralyzed. And then, all of a sudden, they started working again. And they went to every doctor. They went to every psychologist. And it was this mysterious thing. . . . In researching it, this is something that happens to people, particularly young people, sometimes after trauma. So that was hard to resist as something to talk about. And after she spoke to her brother and got permission, we felt we wanted to use it in the series, because we thought it was a really fascinating physical manifestation of a teenager's grief." See more »

Really liked it was funny and Narration made it more funnier.

Never Have I Ever See more »