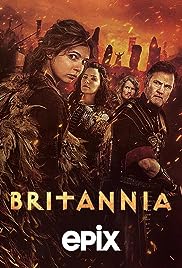 The end appears to be close for the Cantii, as Aulus unveils how the Roman Empire truly conducts business.

Veran and Harka face each other in a challenge only one of them can survive. Cait is forced to face her destiny.

IMDb Picks: What to Watch on Netflix

Need some help finding the best things to watch on Netflix? Let our editors help you find what's trending and what's worth your time.

Doctors Jo Wilson, April Kepner, and Andrew DeLuca share the episodes they think are essential to understanding their characters.

2020 TV Guide: The Best Shows Coming This Year
a list of 60 images
updated 1 month ago

Editors' Picks: Streaming TV and Movies on Prime Video
a list of 40 images
updated 5 months ago

Editors' Picks: Streaming at Home for the Holidays
a list of 34 images
updated 5 months ago

October Picks: The Movies and TV You Can't Miss
a list of 27 images
updated 6 months ago

Ancient Rome
a list of 25 titles
created 9 months ago

Search for "Britannia" on Amazon.com 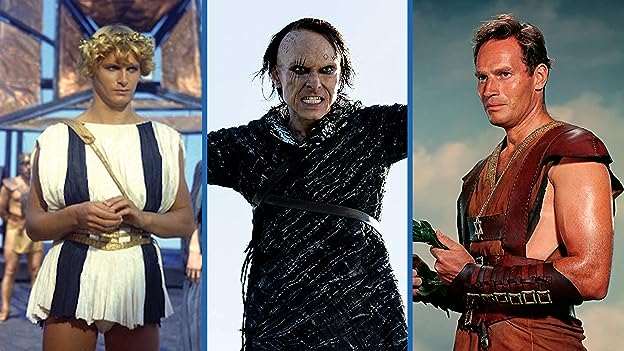 Travel from Hadrian's Wall to the Appian Way to see some of our favorite movies and shows set in Ancient Rome.

In 43 AD, the Roman Army - determined and terrified in equal measure - returns to crush the Celtic heart of Britannia - a mysterious land ruled by warrior women and powerful druids who can channel the powerful forces of the underworld. Or so they say.

Throughout the series the Romans use stirrups. Stirrups came into use in Europe around the 6th century. Roman cavalry went without. See more »

A historical fantasy with a modern tone that maintains historical authenticity without feeling bland.
19 October 2020 | by BIGDAWWG-77420 – See all my reviews

Britannia, a historical fantasy that doesn't take itself too seriously. Having modern dialogue and music whilst maintaining historical authenticity makes this show a unique breath fresh air. Most antiquity period pieces have trouble keeping a consistently entertaining narrative as the creators allow the history they're working with to restrain themselves into a box, resulting in a bland cinema experience. Britannia thinks outside the box, using fun familiar dialogue rather than the Shakespearian way of conversing as most period pieces do. A key to creating a compelling historical narrative one must use history as a guide, not a bible, and Britannia executes this fabulously.