In 1994, a sequence of events begins that changes the life of a girl named Annie forever.

A world beyond these walls.

Freshen up your Watchlist with Prime Video’s latest roster of streaming movies and TV shows.

How many episodes of Castle Rock have you seen?

Search for "Castle Rock" on Amazon.com

How Lizzy Caplan Channeled an Icon in "Castle Rock" 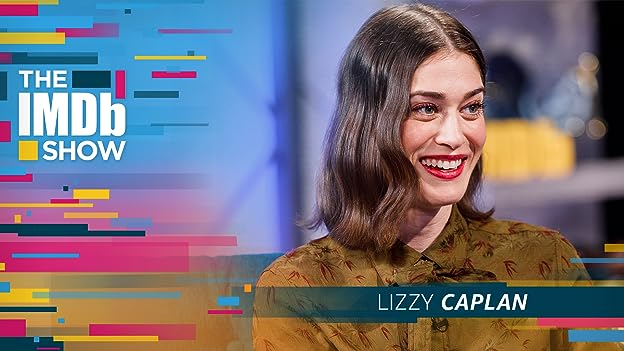 Lizzy Caplan discusses the challenges of inheriting an iconic Stephen King character in "Castle Rock," as well as her two roles in "Truth Be Told" on Apple TV+.

Tells the story of a psychopathic killer who drives a stolen Mercedes into a crowd and a recently retired detective who tries to bring him down.

Flashing between past and present, a fractured family confronts haunting memories of their old home and the terrifying events that drove them from it.

A reporter confronts the psychological demons from her past when she returns to her hometown to cover a violent murder.

An anthology series centering on different characters and locations, including a house with a murderous past, an insane asylum, a witch coven, a freak show circus, a haunted hotel, a possessed farmhouse, a cult, the apocalypse, and a slasher summer camp.

A Philadelphia couple is in mourning after an unspeakable tragedy creates a rift in their marriage and opens the door for a mysterious force to enter their home.

Supernatural, semihistorical, horror anthology series, where each season is inspired by a different infamous or mysterious real life historical tragedy.

Anthology series that examines how and why ordinary people commit brutal crimes.

After a night of partying with a woman he picked up, a man wakes up to find her stabbed to death and is charged with her murder.

A skeptical female clinical psychologist joins a priest-in-training and a blue-collar contractor as they investigate supposed miracles, demonic possession, and other extraordinary occurrences to see if there's a scientific explanation or if something truly supernatural is at work.

David Haller is a troubled young man diagnosed as schizophrenic, but after a strange encounter, he discovers special powers that will change his life forever.

A psychological-horror series set in the Stephen King multiverse, Castle Rock combines the mythological scale and intimate character storytelling of King's best-loved works, weaving an epic saga of darkness and light, played out on a few square miles of Maine woodland. The fictional Maine town of Castle Rock has figured prominently in King's literary career: Cujo, The Dark Half and Needful Things, as well as novella The Body and numerous short stories such as Rita Hayworth and The Shawshank Redemption are either set there or contain references to Castle Rock. Castle Rock is an original suspense/thriller - a first-of-its-kind reimagining that explores the themes and worlds uniting the entire King canon, while brushing up against some of his most iconic and beloved stories. Written by ahmetkozan

I gotta say that most of the past comments writers have not seen all the episodes since it become clear on the end what was going on. I don' t want to spoil you some fun watching it, but I can say I saw them all in two days and now I am sorry that I finnished season 1 so fast :D