Child Stars, Then and Now

Check out some of our favorite child stars from movies and television. See how many you recognize now that they're grown up.

Check out our list of the best new and upcoming movies and series from Marvel, DC, and more!

In Memoriam 2022: Stars We Have Lost
a list of 8 images
updated 5 months ago

How much of Sidney Poitier's work have you seen? 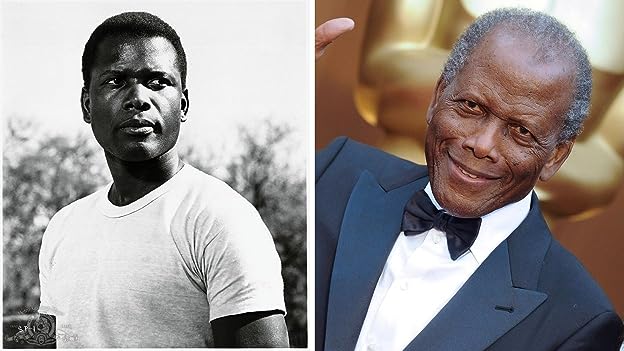 From Lillies of the Field to The Sir, with Love, we take a look back at Sidney Poitier's life and career in photos.

1972 Buck and the Preacher (producer - uncredited)

[on writer/director Richard Brooks] He was both intense and very feeling, very human. He had a wonderful, wonderful sense of other people. He was not particularly enamored of himself. He was the kind off guy who had a sense of fairness, and he employed that sense in his life, and in his work, so that some people were surprised at him, some people deeply loved him, and some people were just put ... See more »

In November 1943, 16-year-old Sidney Poitier lied about his age and entered the Army as he was homeless and the military took him in out of the cold. He served as a medical attendant at a mental hospital in New York. Disliking Army life, Poitier attempted to fake insanity in an attempt to get discharged. After he was threatened with shock therapy treatments, he admitted to lying about his age. ... See more »