R | 1h 40min | Crime, Drama | 16 September 2011 (USA)
2:32 | Trailer
12 VIDEOS | 184 IMAGES
A mysterious Hollywood stuntman and mechanic moonlights as a getaway driver and finds himself in trouble when he helps out his neighbor.

Holiday Movies on Prime Video for the Whole Family

Prime Video has you covered this holiday season with movies for the family. Here are some of our picks to get you in the spirit.

Search for "Drive" on Amazon.com

Which Blockbusters Did Ryan Gosling Turn Down? 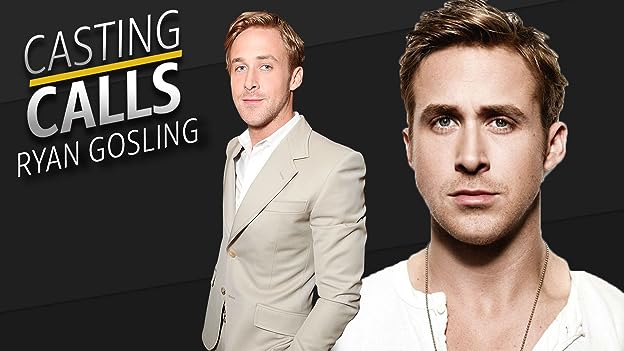 Drive gave him a snazzy wardrobe and a memorable electro-pop soundtrack. Would Ryan Gosling have signed onto these other projects if they provided him the same?

See some of the roles Ryan nixed

This action drama follows a mysterious man who has multiple jobs as a garage mechanic, a Hollywood stuntman and a getaway driver seems to be trying to escape his shady past as he falls for his neighbor - whose husband is in prison and who's looking after her child alone. Meanwhile, his garage mechanic boss is trying to set up a race team using gangland money, which implicates our driver as he is to be used as the race team's main driver. Our hero gets more than he bargained for when he meets the man who is married to the woman he loves. Written by shin

There are many references to Taxi Driver (1976) in this film. One is the scene in which Driver sits alone eating pie. This is the same thing the protagonist, Travis Bickle, did in Taxi Driver. Refn has expressed an esteemed admiration for Taxi Driver director Martin Scorsese. See more »

Near the end of the film when Bernie is cleaning off the straight razor in the sink (apparently it is a Double Duck 'Goldedge'), it makes an audible click. Straight razors do not lock in place. See more »

[first lines]
Driver: [on phone] There's a hundred-thousand streets in this city. You don't need to know the route. You give me a time and a place, I give you a five minute window. Anything happens in that five minutes and I'm yours. No matter what. Anything happens a minute either side of that and you're on your own. Do you understand?
[pause]
Driver: Good. And you won't be able to reach me on this phone again.
See more »

UK radio station Radio 1 created a new soundtrack for Drive with the backing of the director. The new soundtrack features new music from The 1975, Baauer, BANKS, Bastille, CHVRCHES, SBTRKT and Eric Prydz. It was broadcast on BBC3 on 30th October 2014. See more »

In Los Angeles, a mysterious driver (Ryan Gosling) is a man of few words that works as a garage mechanic for his only friend Shannon (Bryan Cranston); stuntman in Hollywood films; and driver of getaway car in heists.

One day, he helps his neighbor Irene (Carey Mulligan), whose husband is in prison, and her son Benicio (Kaden Leos) and her falls in love with her. However, a few days later her husband Standard Gabriel (Oscar Isaac) is released from prison and they meet each other in the building. Standard is pressed by the criminal Cook (James Biberi) to rob a pawn shop to pay for the protection he had in prison, and the driver decides to help him driving the getaway car. However, the heist does not work as planned, Standard is murdered and the driver discovers that they have been double-crossed by Cook. Further, the money belongs to the Mafia and now he has to protect Irene and Benicio from the mobsters.

"Drive" is a good thriller with the lead character without a name, recalling the style of Clint Eastwood in "High Plains Drifter" in the role of "The Stranger" – a man that speaks a few words only, violent when necessary that protects innocent and beloved people. The film is weirdly attractive with potential of cult movie.

The stylish cinematography discloses in an adequate pace the big picture and develops characters very well. The conclusion has an open end, a characteristic that has been forgotten by Hollywood. My vote is eight.

Q: Is 'Drive' based on a book?
Q: Why did the pawn shop owner say only one man was involved in the robbery and that no money was taken?
Q: What kind of classic car is he driving in the dry ravine?
See more »
Edit

The Best TV Shows About Being in Your 30s