The Best TV and Movies to Watch in March

Read our editors' picks for the movies and shows we're watching in March, including "The Falcon and the Winter Soldier," Boss Level, and Zack Snyder's Justice League.

The Best Shows to Stream on Paramount +

Looking for something new to add to your Watchlist? Check out our favorite stills from shows you can stream now on Paramount +.

Where to Watch: 2021 Golden Globe Nominated Films and TV Series
a list of 35 images
updated 1 month ago

My favorite movies.
a list of 40 titles
created 6 months ago
See all related lists »

Search for "The Prom" on Amazon.com

A Guide to the Work of Ryan Murphy 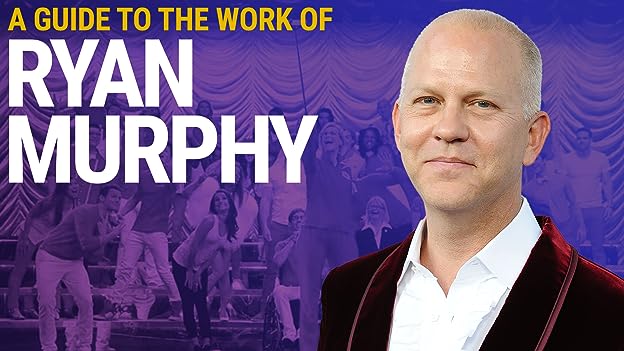 From "Glee" and "American Horror Story" to "Pose" and The Prom, we break down the storytelling and stylistic trademarks of creator, writer, producer, and director, Ryan Murphy.

A troupe of hilariously self-obsessed theater stars swarm into a small conservative Indiana town in support of a high school girl who wants to take her girlfriend to the prom.

Rated PG-13 for thematic elements, some suggestive/sexual references and language | See all certifications »

When the Broadway cast of The Prom performed a musical number from the show at the 2018 Macy's Thanksgiving Day Parade, it marked the first time in the parade's history that a same-sex kiss had been included and broadcast during the festivities. Although the response was overwhelmingly positive, in a case of life imitating art, Macy's received some homophobic backlash for the inclusion. They responded to this with a statement to Entertainment Weekly magazine: "At Macy's, we are guided by our corporate values of Acceptance, Respect, Integrity and Giving Back. We hope that viewers found the 92nd Annual Parade entertaining with its traditional mix of signature balloons, fantastic floats and performances from the nation's best marching bands and musical acts. We look forward to next year." See more »

One scene shows a row of stucco houses in a California style but this is supposed to be set in small-town Indiana. See more »

Dee Dee Allen: We have come to show this community that gay people, and gay positive icons such as myself, are made of the same flesh and blood as they are.
See more »

The characters have Prom photographs part-way through the end credits. See more »

It is definitely cheesy but it's a lovely feel good movie. Despite the movie's cheesiness and how it spoon feeds a lot, it's beautiful and enjoyable due to its nice story and its important cause and life messages. And to me that's more than enough to love and enjoy it. Meryl Streep and Nicole Kidman are literally perfect. The colors are catchy and nice, the music is awesome as well. The Prom is a cheesy entertaining beautiful emotional movie. Give it a try.