Josefina and the Holy Spirit

Tiago scours Sister Molly's beach house for clues. Peter Craft invites Elsa to a party at his home. Lewis asks a gangster to help battle the growing Nazi menace in LA. Josefina Vega has a harrowing ...

Children of the Royal Sun

Josefina confides in Sister Molly, who's shocked to discover Josefina is Tiago's sister. Tiago and Lewis's investigation takes them to the Vega House. Townsend is lectured about his personal life. ...

How It Is with Brothers

Tiago and Lewis interrogate Diego, seeking a confession, while Lewis senses Tiago is hiding something from him. Adelaide warns Molly about her personal desires jeopardizing the Temple's future.

Freshen up your Watchlist with Prime Video’s latest roster of streaming movies and TV shows.

April Picks: The Movies and TV Shows You Can't Miss
a list of 20 images
updated 2 months ago

Search for "Penny Dreadful: City of Angels" on Amazon.com

S1.E7 Maria and the Beast

Molly visits Tiago at his apartment. Dottie and Lewis confront Brian. Elsa and Frank move in with the Crafts. Alex and Townsend discuss how to defeat Councilwoman Beck. Maria summons ...

Tiago and Lewis interrogate Diego, seeking a confession, while Lewis senses Tiago is hiding something from him. Adelaide warns Molly about her personal desires jeopardizing the Temple's... 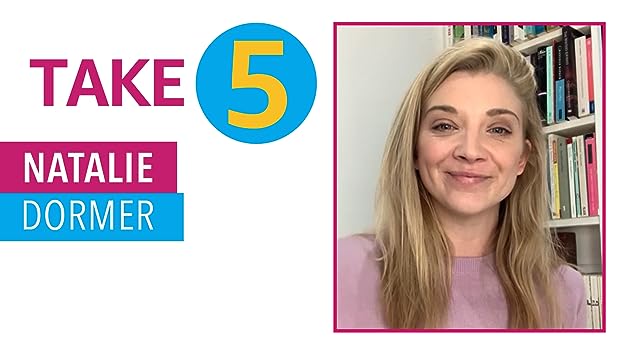 Set more than seven years after the world has become a frozen wasteland, the remnants of humanity inhabit a perpetually-moving train that circles the globe, where class warfare, social injustice and the politics of survival play out.

Set in the world of beautiful but bleak Cape Cod, one woman's journey to sobriety is overshadowed by a murder investigation dragging her into its fold.

A royal woman living in rural Prussia during the 18th century is forced to choose between her own personal happiness and the future of Russia, when she marries an Emperor.

Teenager Courtney Whitmore joins the Justice Society of America. Based on the character from DC Comics.

Adventure mystery set in the midst of New Zealand's 1860's gold rush period it has all the stuff that makes a good drama murder, love and revenge as men and women travel the world making their fortunes.

Middle-aged Dominick Birdsey recounts his troubled relationship with Thomas, his paranoid schizophrenic twin brother, and his efforts to get him released from an asylum.

Tells the story of London being torn apart by the turbulent power struggles of its international gangs and the sudden power vacuum that's created when the head of London's most powerful crime family is assassinated.

1938 Los Angeles is a time and place deeply infused with social and political tension. When a grisly murder shocks the city, Detective Tiago Vega and his partner Lewis Michener become embroiled in an epic story that reflects the rich history of Los Angeles: from the building of the city's first freeways and its deep traditions of Mexican-American folklore, to the dangerous espionage actions of the Third Reich and the rise of radio evangelism. Before long, Tiago and his family are grappling with powerful forces that threaten to tear them apart. Written by SHOWTIME

An spiritual sequel to the 2014 series Penny Dreadful that took place in Victorian England and starred Eva Green and Josh Hartnett. See more »

If you came here looking for the grim, supernatural awesomeness of the original Penny Dreadful, then keep on moving. I don't know why this wasn't just sold as some 1950s gangster series. The cast is amazing, great visuals and acting, but there is almost nothing supernatural about this! Which was kind of the entire point of Penny Dreadful. Aside from some dramatic walk-ons in a gorgeous leather gown from Dormer, and some odd side characters she somehow also needs to play, the supernatural aspect is completely missing. There is SO much that could have been done with the story. Disappointed because I was a huge fan of the original PD!