PG-13 | 2h 3min | Drama, Mystery, Romance | 21 October 2020 (USA)
2:22 | Trailer
8 VIDEOS | 46 IMAGES
A young newlywed arrives at her husband's imposing family estate on a windswept English coast and finds herself battling the shadow of his first wife, Rebecca, whose legacy lives on in the house long after her death.

Our Favorite Photos From 2020

Look back at our favorite moments throughout the year, from award shows to up-close shots of celebrities.

October Picks: The Movies and TV You Can't Miss
a list of 27 images
updated 2 months ago

Search for "Rebecca" on Amazon.com

The Rise of Star Lily James 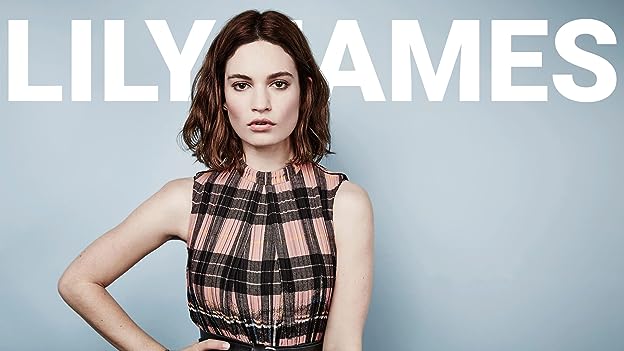 Classically trained British actress Lily James, known for roles in Cinderella and Baby Driver, stars with Armie Hammer in the drama Rebecca. "No Small Parts' looks at her rise to fame.

After a whirlwind romance in Monte Carlo with handsome widower Maxim de Winter (Armie Hammer), a newly married young woman (Lily James) arrives at Manderley, her new husband's imposing family estate on a windswept English coast. Naive and inexperienced, she begins to settle into the trappings of her new life, but finds herself battling the shadow of Maxim's first wife, the elegant and urbane Rebecca, whose haunting legacy is kept alive by Manderley's sinister housekeeper Mrs. Danvers (Kristin Scott Thomas). Written by Netflix

Sam Riley's and Lily James's reunion after costarring in Pride and Prejudice and Zombies (2016). See more »

[first lines]
Mrs. de Winter: [narrating] Last night I dreamt I went to Manderley again. I dreamt that where our drive once lay, a dark and tortured jungle grew. Nature had come into her own and yet the house still stood. Manderley. Secretive and silent as it had always been. Risen from the dead. Like all dreamers, I was allowed to pass through my memory. Spanning the years like a bridge. Back to that summer in Monte Carlo when I knew nothing and had no prospects.
See more »

It just kept me going back and forth, and I thought I'd land in a good place in the end, but no.

The first half was good, but the second half is when everything started to fall apart for me.

Without revealing too much, in the second half, especially towards the end (like the last half hour), the dialogue turned awkward & inconsistent. The events including significant revelations were RUSHED so much that there was no build up to them nor enough time to let them sink in before moving on to the next scene. The reactions to some news or events within the plot were dull & lacked sincerity and passion.

The editing for those scenes didn't help either. It just kept jumping too fast to the next scene or cut to a different frame in a different location in the middle of a revealing conversation. That's when they lost me. The emotional connection I wanted to feel for the characters kept being interrupted.

Though I still kept an open mind and was hoping I'll be pleasantly surprised that I'll love this movie by the end of it, but unfortunately, it just kept going the same kind of direction till the movie was over.

I've been looking forward to this, and even with my expectations being reasonable and not too high, I still didn't get what I wanted.

And just to be clear, I'm not comparing this to Hitchcock's version. In fact, I've never even seen it. So this is solely based on the execution of the story in this specific movie. It simply didn't do it for me.