Dark Phoenix (original title)
PG-13 | 1h 53min | Action, Adventure, Sci-Fi | 7 June 2019 (USA)
1:55 | Trailer
38 VIDEOS | 246 IMAGES
Jean Grey begins to develop incredible powers that corrupt and turn her into a Dark Phoenix, causing the X-Men to decide if her life is worth more than all of humanity.

What to Watch for Juneteenth

Check out movie and TV show recommendations from Amazon's Black Employee Network, an affinity group providing support for Black employees at Amazon while championing diversity throughout the company.

Which X-Men Are Best In Class? 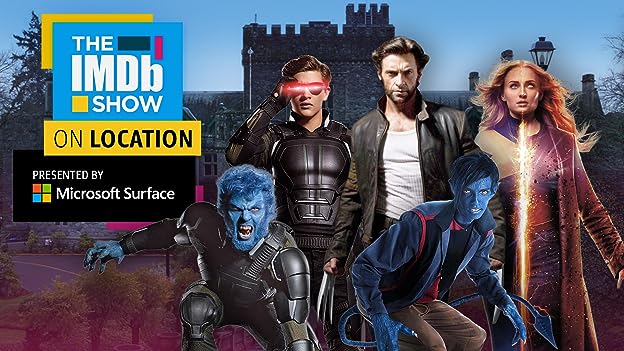 To celebrate the June 7 release of the new X-Men film Dark Phoenix, "The IMDb Show" hits the streets to ask fans which mutants deserve yearbook superlatives.

The X-Men. Protectors of peace. Jean Grey is one of the most beloved X-Men. But when a mission goes wrong, Jean is exposed to a dark and ancient power. This power has destroyed everything it comes in contact with, until her. Now that this power is becoming unstable, she releases it with destruction and anger. Now that this foreign power is consuming her, and the world is threatened, the X-Men have to face an important truth: they must save either the world, or their friend who threatens it.

A Phoenix will rise. The X-Men will fall. See more »

Rated PG-13 for intense sequences of sci-fi violence and action including some gunplay, disturbing images, and brief strong language | See all certifications »

Director Simon Kinberg has stated that he cut a good deal of the original storyline of the Dark Phoenix to focus more on ending the storyline that originally began in X-Men: First Class (2011) and focus more on Jean's character for the film. As such the elements of the Hellfire Club and the alien race known Shi'ar and their Shi'ar Empire from the original comic book storyline were removed from the film adaption to cut down on unnecessary sub-plots. Members of the Hellfire Club such as Sebastian Shaw and Emma Frost previously appeared in X-Men: First Class (2011). See more »

Jean's and Nightcrawler's mutant abilities do not allow them to survive space. The X-men save astronauts who are wearing protective suits while wearing leather jackets. See more »

[first lines]
Jean Grey: Who are we? Are we simply what others want us to be? Are destined to a fate beyond our control? Or can we evolve? Become... something more?
See more »

The X in the 20th Century Fox logo and the O in the film title are on fire. See more »

This is not Endgame so please stop comparing this to it, giving it low scores because you liked that better.

Ive seen every XMen flick to date and this one is on par with most and superior to Apocalypse.

The mood is dark, serious, moody no Marvel kiddie jokes every 5 mins. Action is top notch.

Magneto needs his own film.

Q: Why do none of the main characters appear to have aged despite decades passing since they first appeared in-universe?
Q: What would be the best order to watch this and the other X-Men movies?
Q: How did Jean merge with the Phoenix Force in space when she previously manifested its power in "X-Men: Apocalypse"?
See more »
Edit