Homecoming is a safe space for you to reflect on your service and think about what comes next. We can't wait to hear your stories.

I'm gonna stop you there, okay?

By letting go of the past, the client will be able to fully embrace his or her future.

May Picks: The Movies and TV Shows You Can't Miss
a list of 33 images
updated 3 months ago

Life & Beyond
a list of 30 titles
created 3 months ago

How many episodes of Homecoming have you seen?

Search for "Homecoming" on Amazon.com

The Rise of Janelle Monáe 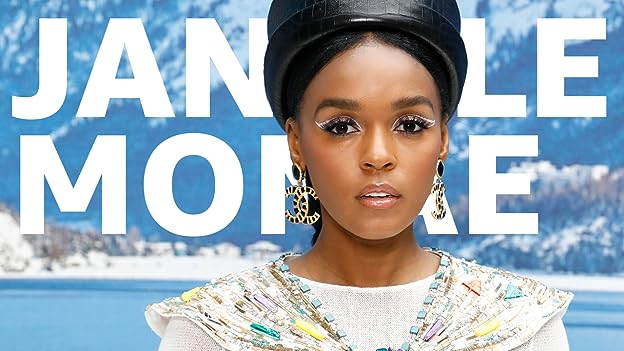 Singer-songwriter Janelle Monáe crossed over into acting in film and television thanks to prominent roles in films like Moonlight and Hidden Figures. What other roles has she played?

Based on Celeste Ng's 2017 bestseller, "Little Fires Everywhere" follows the intertwined fates of the picture-perfect Richardson family and the enigmatic mother and daughter who upend their lives.

A man is able to choose his own afterlife after his untimely death by having his consciousness uploaded into a virtual world. As he gets used to his new life and befriends his angel (real world handler) questions about his death arise.

The townspeople who live above "The Loop," a machine built to unlock and explore the mysteries of the universe, experience things previously consigned to the realm of science fiction.

A series about a powerful friendship that blossoms between a tightly wound widow and a free spirit with a shocking secret.

In 1977, in New York City, a troubled young Jewish man bent on revenge is taken in by a secret group of Nazi hunters fighting a clandestine war against the cabal of high-ranking Nazi officials in hiding who work to create the Fourth Reich.

A disgraced lawyer, now an ambulance chaser, gets a case that could bring him redemption or at least revenge on the firm which expelled him.

In equal parts high-concept thriller and coming-of-age drama, HANNA follows the journey of an extraordinary young girl raised in the forest, as she evades the relentless pursuit of an off-book CIA agent and tries to unearth the truth behind who she is.

A woman discovers she has a new relationship with time after surviving a car accident that almost killed her.

In the twilight of the 1950s, on one fateful night in New Mexico, young switchboard operator Fay and charismatic radio DJ Everett discover a strange audio frequency that could change their small town and the future forever.

Good intentions. Erratic bosses. Mounting paranoia. Unforeseen consequences spiraling out of control. Heidi (Julia Roberts) works at Homecoming, a facility helping soldiers transition to civilian life. Years later she has started a new life, when the Department of Defense questions why she left Homecoming. Heidi realizes there's a whole other story behind the one she's been telling herself.

There is an additional scene at the end of the closing credits of the last episode of season 1. See more »

Everything in its Right Place
(uncredited)
Performed by Radiohead
See more »

NOTE: This review applies only to Season 1.

The premise is intriguing and the acting is quite good, but the pacing is so slow that it often becomes boring. The story would have been more effective as a 2-hour movie than it is as a 10-episode series. You can tell that every episode was padded with yawns to fill the 30-minute time slot. The plot is so simple, it could be written in no more than five paragraphs.

Julia Roberts, Stephan James and Bobby Cannavale all turn in good performances, but there just isn't much to work with here.

Julia Roberts is laid back most of the time and seems to be on sedatives. I've seen the film described as a "thriller" so I watched all 10 episodes waiting for some thrills. They never happened. It just isn't worth the time.