Lexie finds out upsetting news and turns to Pearl for help.

The jury reaches a verdict which triggers a series of explosive events.

Editors' Picks: Streaming on Hulu
a list of 12 images
updated 1 month ago

How many episodes of Little Fires Everywhere have you seen? 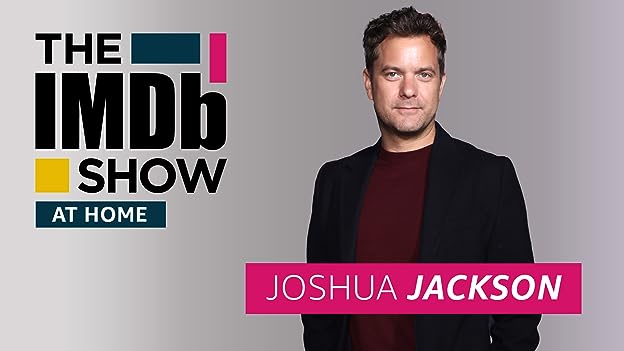 The former star of "The Affair" and "Fringe" talks from home about his new series "Little Fires Everywhere," and his powerful co-stars Reese Witherspoon and Kerry Washington.

The apparently perfect lives of upper-class mothers, at a prestigious elementary school, unravel to the point of murder when a single-mother moves to their quaint Californian beach town.

A series about a powerful friendship that blossoms between a tightly wound widow and a free spirit with a shocking secret.

An inside look at the lives of the people who help America wake up in the morning, exploring the unique challenges faced by the men and women who carry out this daily televised ritual.

An anthology series centered around the mysterious Geist Group, an unconventional wellness company and their equally unorthodox program, the Homecoming Initiative.

A drama centered on the personal and professional lives of five surgical interns and their supervisors.

When rich video-store magnate Johnny Rose and his family suddenly find themselves broke, they are forced to leave their pampered lives to regroup in Schitt's Creek.

Follows Marianne and Connell, from different backgrounds but the same small town in Ireland, as they weave in and out of each other's romantic lives.

An English combat nurse from 1945 is mysteriously swept back in time to 1743.

Starring Reese Witherspoon and Kerry Washington, Little Fires Everywhere follows the intertwined fates of the picture-perfect Richardson family and an enigmatic mother and daughter who upend their lives. Based on Celeste Ng's 2017 bestseller, the story explores the weight of secrets, the nature of art and identity, the ferocious pull of motherhood - and the danger in believing that following the rules can avert disaster.

In the Celeste Ng's source novel , Ng kept Mia Warren's race deliberately vague and undefined. With the casting of Kerry Washington in the Mia Warren role in this adaptation, Warren became a black character. During an April 2020 interview with Terry Gross on the National Public Radio program "Fresh Air," Washington said, "when I met Celeste Ng, the writer, for the first time, she actually admitted to me that she had always thought of Mia as a woman of color, and that she had been drawn to the idea of writing Mia as a black woman. But she didn't feel like she had the authoritative voice to do that in the right way. And so she was kind of vague about her race in the novel. So it was exciting that we were in step with Celeste in diving into the places where she wanted to to grow out the book in ways that already lived in her." See more »

Kerry Washington better be glad the rest of the cast is great especially the young lady playing her daughter. If it wasn't for them I dont think I could watch it. She overreacts every scene she is in. I do like the time period in the movie and the plot through episode 3 is great so far.

Q: Who created all the wonderful art featured in "Little Fires Everywhere" movie.
Q: When will this be available for iTunes purchase?
Q: Who was in the picture that Mia cut in strips and set on fire?
See more »
Edit