We Recommend These 6 "Friends" Episodes to Make You Laugh

Now that all 10 seasons of "Friends" are available to stream, we've found 6 classic episodes guaranteed to make you laugh.

July Picks: The Movies and TV Shows You Can't Miss
a list of 22 images
updated 3 weeks ago

Search for "Hamilton" on Amazon.com 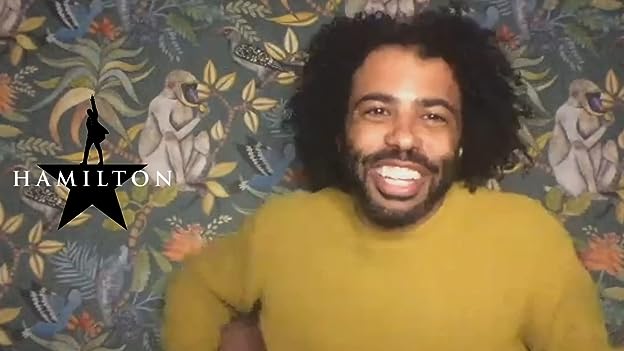 After the devastating events of Avengers: Infinity War (2018), the universe is in ruins. With the help of remaining allies, the Avengers assemble once more in order to reverse Thanos' actions and restore balance to the universe.

A manipulative woman and a roguish man conduct a turbulent romance during the American Civil War and Reconstruction periods.

A detective investigates the death of a patriarch of an eccentric, combative family.

Two imprisoned men bond over a number of years, finding solace and eventual redemption through acts of common decency.

During an adventure into the criminal underworld, Han Solo meets his future co-pilot Chewbacca and encounters Lando Calrissian years before joining the Rebellion.

A faded television actor and his stunt double strive to achieve fame and success in the final years of Hollywood's Golden Age in 1969 Los Angeles.

The aging patriarch of an organized crime dynasty transfers control of his clandestine empire to his reluctant son.

In Gotham City, mentally troubled comedian Arthur Fleck is disregarded and mistreated by society. He then embarks on a downward spiral of revolution and bloody crime. This path brings him face-to-face with his alter-ego: the Joker.

Greed and class discrimination threaten the newly formed symbiotic relationship between the wealthy Park family and the destitute Kim clan.

When carefree Nyles and reluctant maid of honor Sarah have a chance encounter at a Palm Springs wedding, things get complicated as they are unable to escape the venue, themselves, or each other.

Marty McFly, a 17-year-old high school student, is accidentally sent thirty years into the past in a time-traveling DeLorean invented by his close friend, the eccentric scientist Doc Brown.

When aspiring musicians Lars and Sigrit are given the opportunity to represent their country at the world's biggest song competition, they finally have a chance to prove that any dream worth having is a dream worth fighting for.

"Hamilton" is the story of America then, told by America now. Featuring a score that blends hip-hop, jazz, R&B, and show tunes, "Hamilton" has taken the story of American founding father Alexander Hamilton and created a revolutionary moment in theater--a musical that has had a profound impact on culture, politics, and education. Captured at the Richard Rodgers Theater on Broadway in June 2016, the film transports its audience into the world of the Broadway show in a uniquely intimate way. Written by The Walt Disney Studios

The first film released under the Walt Disney Pictures banner to feature an incomplete "f-bomb" (in the song "Say No to This"). See more »

In one camera angle during "It's Quiet Uptown" Eliza's hair has fallen over her right shoulder. In a quick cut to another camera during the same phrase Eliza's hair is pulled back behind her shoulder, indicating editing from multiple shows. See more »

[first lines]
King George: Ladies and gentlemen, this is your king, George III. Welcome to "Hamilton." At this time, please silence all cell phones and other electronic devices. All photography and video recording is strictly prohibited. Thank you, and enjoy *my* show.
See more »

Although many musical adaptations have flopped this may have proved that best way to do it is simply film the play. What you get is one of the best musicals available to watch whenever you like at an affordable price. Great work by everyone involved especially Lin Manuel Miranda.

Q: Does the streaming version of "Hamilton" include the lyrics on English subtitles?
See more »
Edit